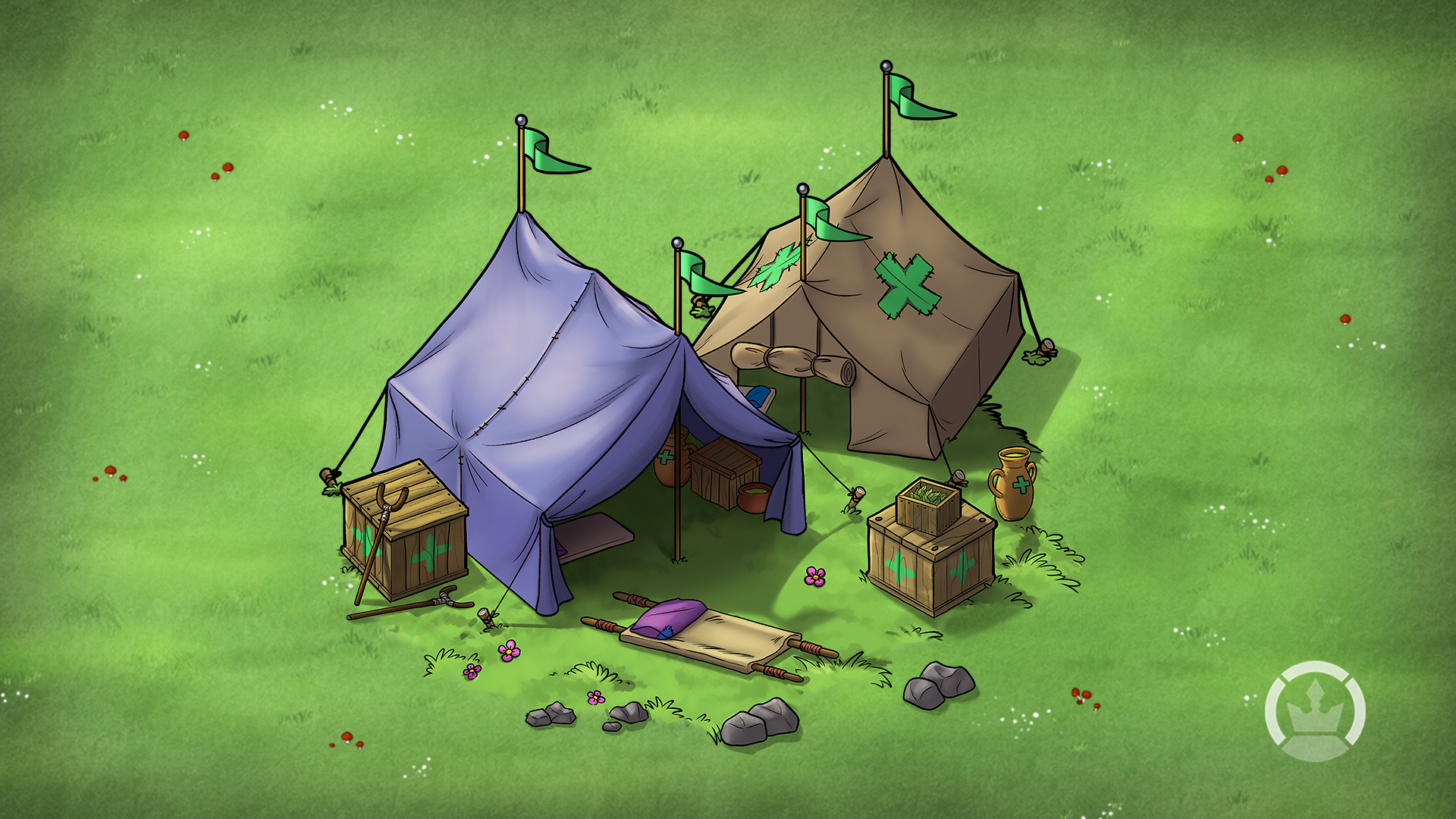 Wounded infantry and cavalry can be healed in the healing tent. Higher levels reduce healing time and increase the capacity of wounded troops. Multiple healing tents can be built in one village.

How are troops wounded?

If a healing tent exists in the connected village, 40% of eligible troops defeated in attacks, raids, sieges, reinforcements or scouting missions become wounded. 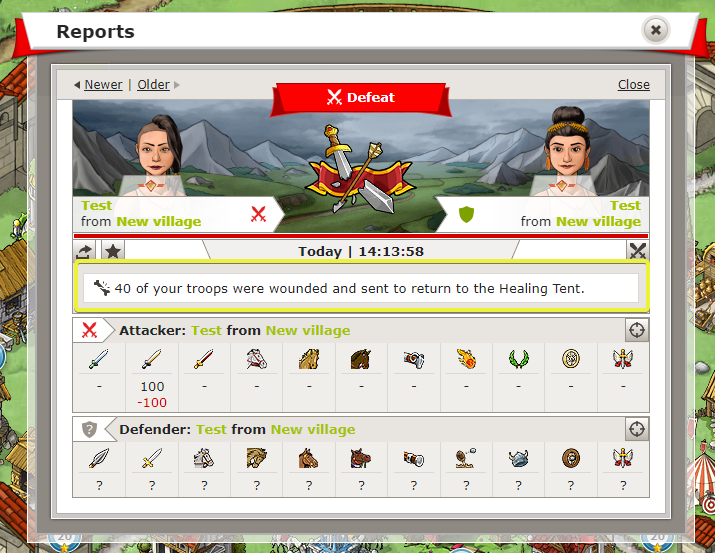 How do troops arrive in the healing tent?

Wounded troops will return to the healing tent of the connected village as a separate troop movement. The movement speed of wounded troops is not affected by hero equipment but is increased with troop speed on speed game worlds as normal.

Which units are eligible?

Only units that can be trained from a (Great) Barracks or a (Great) Stable are eligible to become wounded. All other units are defeated as normal. This means that the following cannot be wounded:

Troops can be healed at 50% of what they originally cost in a Barracks or a Stable. Troops from a Great Barracks or Great Stable are treated as if they were from a normal Barracks or Stable for all Healing Tent purposes.

The healing time is also identical to that of a Barracks/Stable of the same level as the highest level healing tent. There is only one healing queue, shared by all healing tents.

The healing times with a level 20 Healing Tent are equal to the training times of a level 20 Barracks or Stable.

Troop healing time is affected by:

Troop healing speed is not affected by the vacation boost. Additional Healing Tents do not reduce healing times.

How do I use the "Heal all"-button? 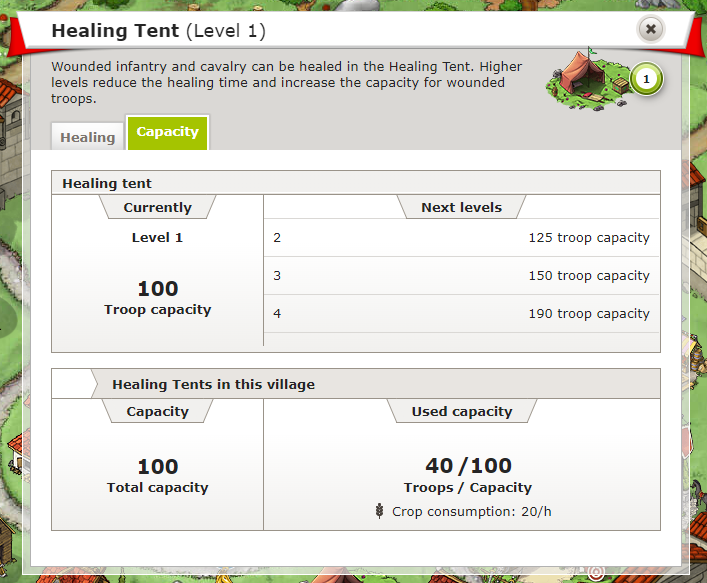 The healing tent in this example is on a default 1x speed game world.

How can I increase capacity?

What happens if capacity is reduced?If a Healing Tent has its capacity reduced, for example, because of a lowered building level due to catapults, then the number of stored troops and troops being healed is reduced by the capacity lost. Stored troops (e.g. troops not currently being healed) are removed first.

Do troops in the healing tent consume crops?

Stored troops in the healing tent and returning wounded troops:

The crop consumption of these troops can be reduced by the Roman "Horse Drinking Trough"-building, but is not reduced by being connected to a Wonder of the World village.

Clicking any Healing Tent building will open the shared healing queue for that village. Additionally, you can open the highest level Healing Tent of your selected village through a button in the upper left corner. 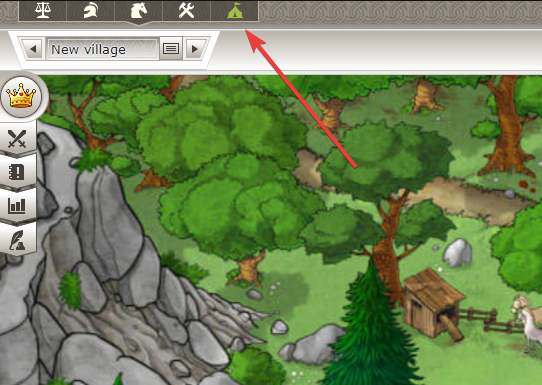 This button has three states:

When the button is green, you can hover over it for additional information on the healing queue of the current village:

Below is an overview of the resources required by the building level, the construction time, as well as other values such as how much population you gain per level, the culture points, and the capacity you have for the healing tent level. All values are for default speed, without any boosts such as Travian Plus.