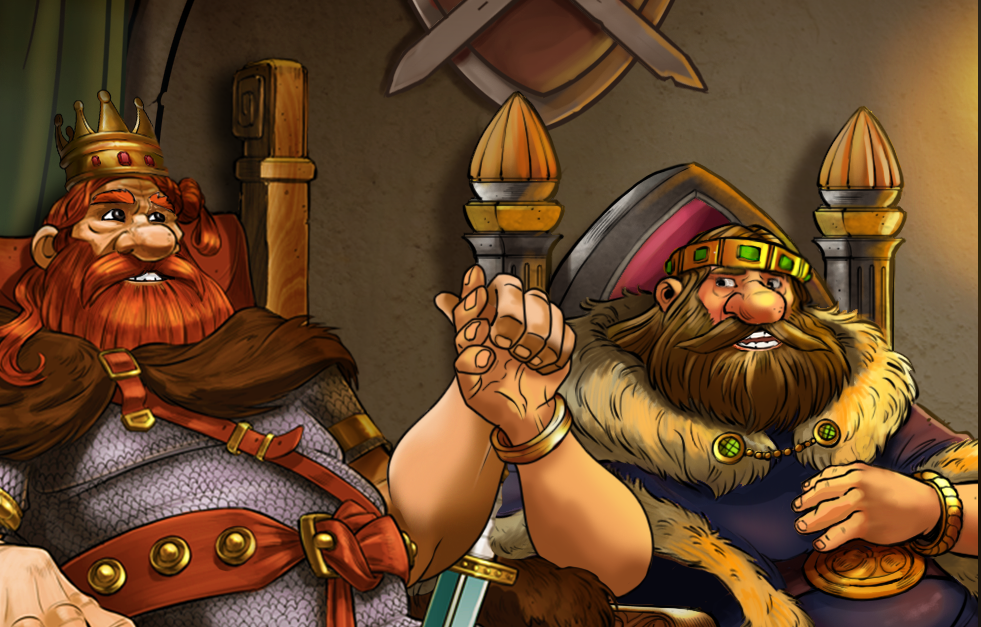 Two neighboring kingdoms may unite to form a larger and more powerful kingdom.

The two kings rule together. The king whose kingdom had the fewest victory points at the time of the union becomes vice-king.

Other members of the kingdoms keep their status of duke or governor.

What are the requirements?

Two kingdoms can unite if:

Two kingdoms are considered "neighboring" if they share a continuous territory between both their kings' capital cities (and do not only touch at a corner).

The union of the kingdoms is initiated by the request of one king and enabled only when the other king agrees.

How does it work?

Notifications will appear when:

A kingdom union will get as many robber camps as a non-unified kingdom of the same size. When a king or vice-king attacks robber camps, the treasures obtained are immediately added to their treasury.