A king can invite active and neutral governors to resettle into their kingdom by placing a Menhir on a free field on the map. A Menhir can be placed on free fields inside the kingdom, except on:

Governors can accept a relocation invitation if:

Relocation invitations can be sent by kings if all Wonders of the World are below level 50.

Relocation invitation – for the king 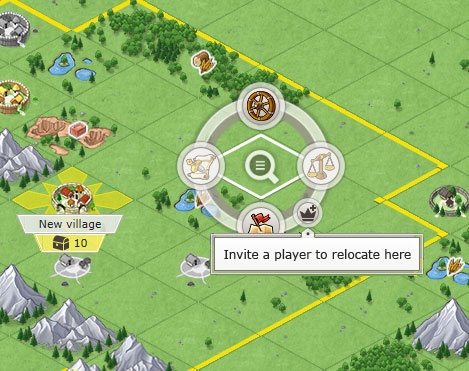 Where can I find the relocation invitation button?

You can find the button on the map. Make sure that you have empty fields inside your kingdom's borders. When you click on an empty field, the circular menu will appear displaying the invitation button. Now click on the crown icon. 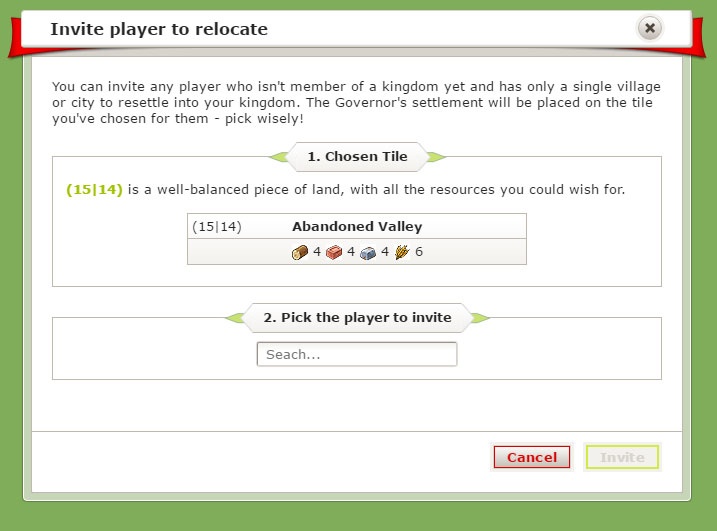 How do I invite a governor to relocate to my kingdom?

After you have clicked on the crown button in the map's circular menu, the invitation window will appear. There you can see the resource split of the field you have selected. To invite a governor, you need to search for the player in the second part of the screen. Select the governor and send the invitation. A Menhir will be placed on the field you offered for relocation.

Why is it sometimes not possible to send an invitation to a governor?

Governors are bound to some conditions in order to accept your invitation. If they don't already meet these conditions at the time you want to invite them, the system will not allow the invitation to be sent.

The reasons are shown as a warning message in the invitation window. Here's a list of reasons why an invitation can't be sent:

What is the Menhir?

A Menhir marks out fields that are reserved for governors, so they can relocate to those fields. The Menhir is visible to all players in the game world. This means anyone can check who might relocate to the field. In addition, settlers can't build a new village on fields that contain a Menhir.

What happens to my settlers if they are sent to a Menhir?

If a Menhir is placed after you've already sent out your settlers, they will return to their village after arriving at the Menhir’s location. 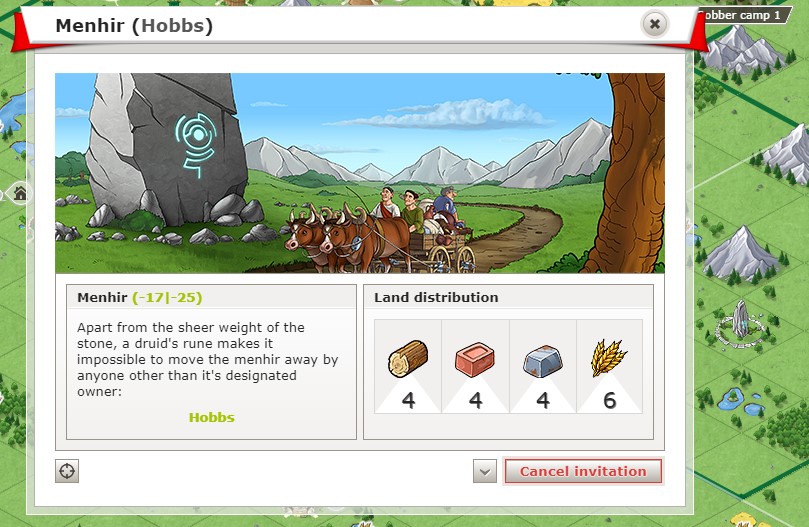 How can I cancel the relocation invitation?

How many relocation invitations can I send?

Why has my invitation been removed?

Whenever the conditions for relocation are no longer met for your kingdom, the pending invitations will be removed. This would happen if:

What happens when a governor accepts my invitation?

Relocation invitation - for the governor

Where can I find the relocation invitation I received from a king?

The invitation to relocate can be found, just like a kingdom invitation, in the embassy or in the communities' window. You also receive an invitation notification that will open the invitation if you click on it. The invitation will show you all the details, such as the location you can relocate to. It's up to you whether you accept it or not.

What happens to my village when a relocation invitation is accepted?

When you accept the invitation, your village will move to the designated location and replace the Menhir that was placed on the map. You'll also join the kingdom that invited you.

Your village will keep all its buildings when you relocate.

Remember to pay attention to your crop consumption. Since the crop fields will be destroyed, you may end up with a negative crop production depending on your troop size. Make sure you have enough crop supply for your troops when you relocate. Otherwise, you'll lose units. And build up your crop fields in the new location as soon as possible. 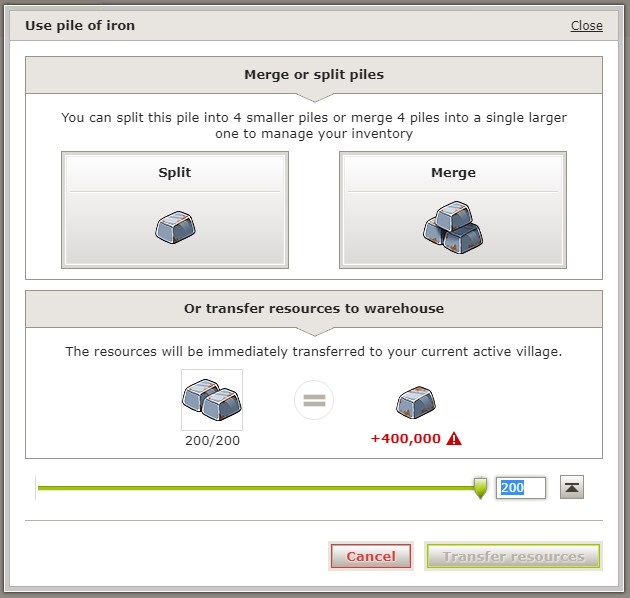 How can I use the piles of resources?

After relocation, you'll receive piles of resources depending on the number of resources you invested in upgrading the resource fields. Depending on the amount, you'll find small, medium, or large piles in your inventory. You can either consume a pile right away, or you can manage them. You can split big piles into smaller ones or merge them into a bigger pile, as you wish, with no loss of value.

What happens to my troops when a relocation invitation is accepted?

Some of your troops need to adjust their movements when you relocate. Let's have a look at what your troops will do:

Why can I not accept a relocation invitation?

I am under attack, can I still relocate?

If you are under attack, you will be able to accept a relocation reservation. This option allows relocation to happen right after the last current incoming attack hits. Stationed troops will stay until the actual relocation happens. In addition, own troops cannot be sent out. A reservation can be canceled until half of the countdown time has passed.

I've caught animals in my village. Will they also relocate?

Yes, captured animals are just like your own troops. They'll stay with you when you relocate and continue to defend your village.

I have a city. What happens when I relocate? 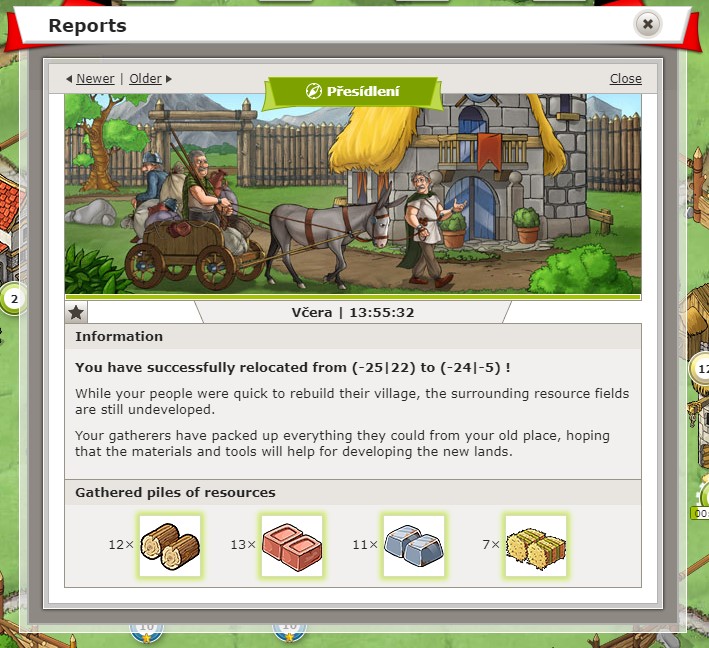 What does this relocation report show me?

After you've successfully relocated your village, you'll get a report. The report will show you from where you relocated and how many resource piles you received from the relocation.

If you have any issues with relocation, for example, you didn't get the correct number of resource piles, share this report with the Support Team. They can then investigate the case better, as they'll have the critical information they need.

I just finished relocating. Do I have any restrictions?

After relocation, you will face a cool-down phase of 12/GAMESPEED hours, during which you can't attack but can be attacked by other players, except members of your newly joined kingdom. The only exception to this rule: You can attack robber camps and hideouts.

*Valid only for game worlds started on 21st December 2021 and later.